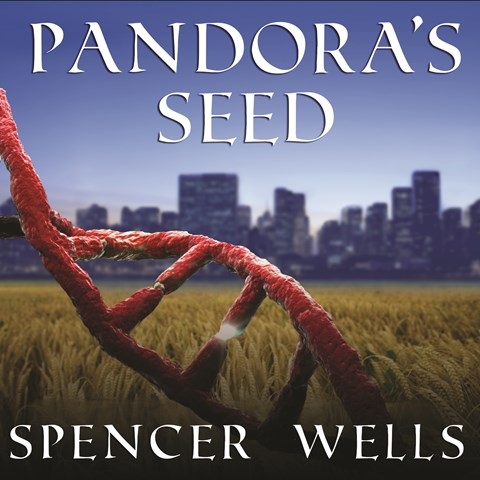 About 10,000 years ago, when humans moved from hunter-gatherer subsistence to controlled agriculture, urbanization began. Planting seeds for food in a changing climate brought vast changes to the human diet, culture, anatomy, and religion. Heretofore rare diseases—tooth decay, malaria, and diabetes—became more prevalent. The author’s ability to explain complex events in understandable terms makes his writing appealing. However, his reading doesn’t pass muster. Wells begins with a soft mumble—as if he’s unsure whether we want to hear. Too many important words disappear throughout. Near the end, however, he gains confidence, slowing and enunciating distinctly. Overall, the outstanding content merits our indulgence with the initially nervous narration. J.A.H. © AudioFile 2010, Portland, Maine [Published: SEPTEMBER 2010]