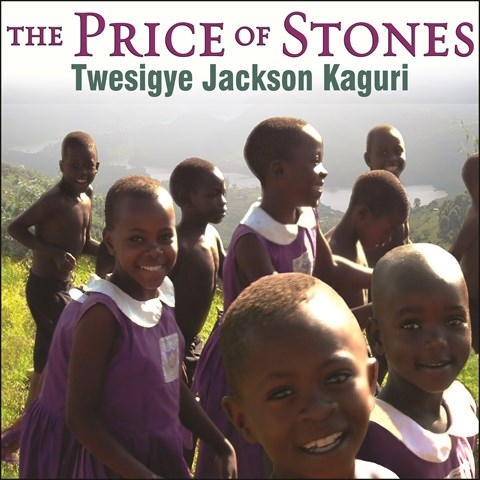 THE PRICE OF STONES Building a School for My Village

The author is a Ugandan native with modest rural roots whose worldview was expanded when he studied human rights at Columbia University. But his eyes were truly opened to the plight of AIDS orphans when he returned to his home village in Uganda. Narrator Richard Allen dramatizes the personal characteristics that led Jackson to found a free school for AIDS orphans: ingenuousness and persistent fortitude. Allen lends a graceful lilt to the African names and voices of those who played a role in Jackson's journey—from the initial idea for a small school to the impressive organization that is the Nyaka AIDS Orphans School today. The memoir’s simple dialogue and prose are made agreeable, and sometimes even stirring, by Allen’s rich narration. N.M.C. © AudioFile 2010, Portland, Maine [Published: SEPTEMBER 2010]