Home»Reviews»SEVEN EVENTS THAT MADE AMERICA AMERICA 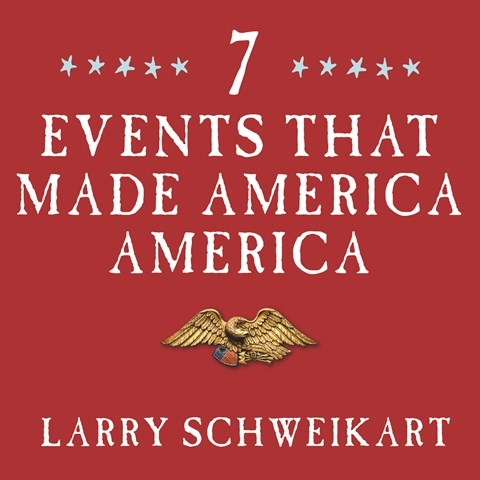 If you suspect that almost everything you’ve ever heard about American history from the “Eastern elite,” the “mainstream media,” or your college professors is part of a liberal conspiracy hiding another truer story, then this book may be for you. Larry Schweikart spends much of his time bashing Democrats and proto-Democrats across the generations. All is fair in politics. Schweikart’s sweeping statements about the nature of Islam and Muslims (Event 6) are less forgivable—and more dangerous. Peter Berkrot’s deep, clear voice is a pleasure. However, Berkrot has to spend much of his time doing a creditable imitation of the sarcastic television attack ad voice-over. F.C. © AudioFile 2010, Portland, Maine [Published: NOVEMBER 2010]