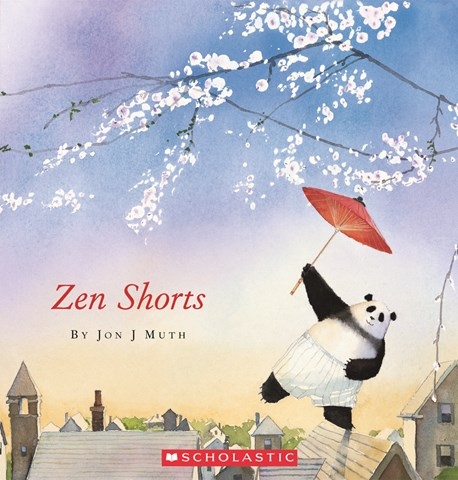 A picture book that seems to speak as much to adults as it does to younger readers, Muth's ZEN SHORTS stars Stillwater, a panda who imparts life lessons and shares fables rooted in Zen Buddhist literature with the three children who are his neighbors. Listeners are told that Stillwater has "a slight panda accent," and David Pittu reads his dialogue with the vaguest hint of an Asian-influenced accent. Muth's Caldecott Honor illustrations are the real stars here, alternating between colorful watercolors and pen-and-ink drawings that evoke the brushstrokes of Japanese calligraphy. A mellow soundtrack accompanies the narration, and the overall effect is a peaceful, rather than energetic, listening experience. J.M.D. © AudioFile 2010, Portland, Maine [Published: NOVEMBER 2010]