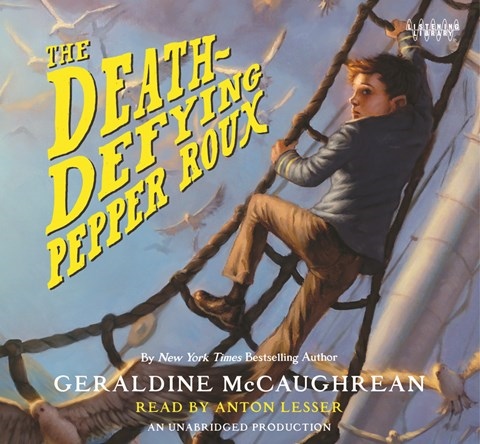 Pepper Roux has always been told that he's destined to die at age 14. So when 14 arrives, Pepper runs—first to sea and then across France, changing his identity and dodging the saints and angels he's certain are after him. Geraldine McCaughrean's clever and intricate wordsmithing requires a narrator who can riff and play and bring out every bit of nuance and meaning. It's hard to imagine a narrator being more attuned to the text than Anton Lesser is—he fully embodies Pepper and the myriad other characters he encounters. Lesser’s and McCaughrean’s considerable talents combine to create an even greater whole, and listeners are whisked along, breathless and marveling, on Pepper's grand adventure. J.M.D. Winner of AudioFile Earphones Award © AudioFile 2010, Portland, Maine [Published: NOVEMBER 2010]