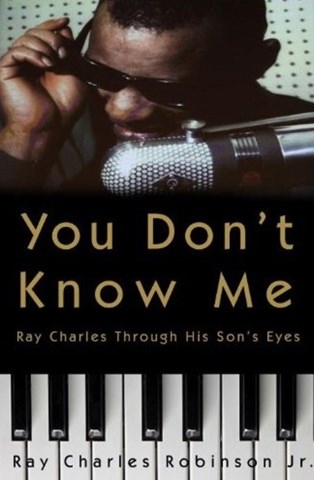 YOU DON'T KNOW ME Reflections of My Father, Ray Charles

Pianist and composer Ray Charles Robinson, Jr., remembers his father, musician Ray Charles; devoted mother; and two younger brothers with intimacy and honesty. He builds his story by recounting significant vignettes carefully chosen to introduce his family, which was nearly ruined by his father’s infidelity and heroin abuse. Even though his parents thought they were hiding their marital difficulties from their children, they didn’t succeed. Narrator Dominic Hoffman has a soft and sandy voice that neither hurries nor overwhelms. His taciturn manner adds a special charm to the story of an artist who overcame poverty and blindness to express his musical genius. When Hoffman voices the parents as they deliver important lessons of adulthood to their children, one can believe in their emotional connection and commitment. J.A.H. © AudioFile 2010, Portland, Maine [Published: SEPTEMBER 2010]