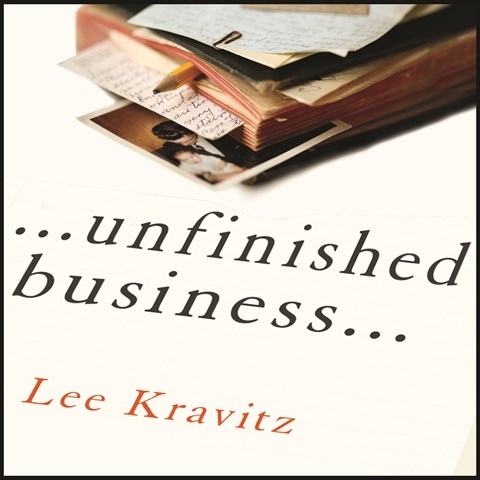 When Lee Kravitz was laid off from his position as a magazine editor, he decided to spend a year on a quest to complete what he called unfinished business—things he felt he should have done but hadn’t. Over the course of the book we meet an older aunt who was once his favorite relative and is now institutionalized, a Little League teammate whose daughter was killed in Iraq on a humanitarian mission, a California monk, and others. In each episode, the author comes out the richer for it. Kevin Foley is solid as narrator, in essence becoming Kravitz. He tries to give each of the figures the author encounters a distinctive voice—with uneven success. While the stories will be compelling to many listeners, there is a sameness to the structure and lessons that may leave others a bit flat. R.C.G. © AudioFile 2010, Portland, Maine [Published: SEPTEMBER 2010]