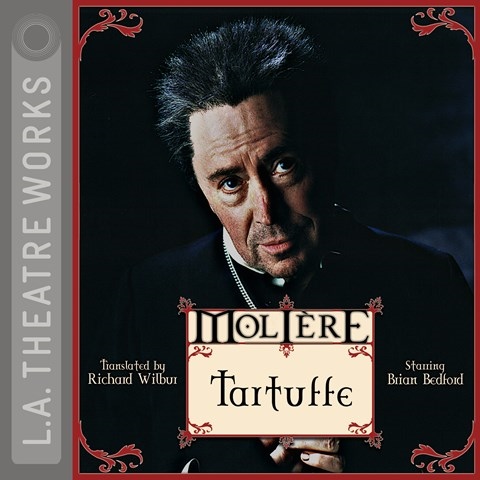 Classic stage actor Brian Bedford, a Molière specialist, anchors this famous comedy with a vivid, credible Tartuffe, a scheming religious hypocrite, by turns oily, whiny, prurient, and ferocious. The other performers, while not as inspired, are solidly proficient and do especially well at subtly underscoring the laugh lines. A list of the characters, especially beforehand, is sorely missed; those unfamiliar with the play may have trouble pinning down who’s who, especially by voice alone. The rhyming verse of premier Molière translator Richard Wilbur, while clever and facile, and recited with easy naturalness by the actors, may occasionally sound jingly to modern ears. But this is a fine performance of a classic that is still relevant and often funny. W.M. © AudioFile 2010, Portland, Maine [Published: DECEMBER 2010]