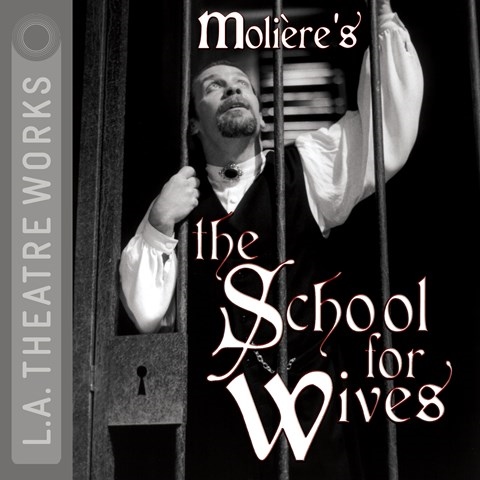 THE SCHOOL FOR WIVES

“Virtue is what I prize!” cries Arnolphe, a man who desperately seeks a wife who will never go astray. It’s lucky for him that he’s kept Agnes, his intended, in a convent for the first 17 years of her life. Ridiculous expectations, one-way intentions, and more than a few coincidences abound. Leave it to a play first performed in Paris in 1662 to cheerfully lampoon modern love, chauvinism, and a woman’s role in society. The entire cast brings an easy charm and decidedly American accent to Molière’s comedy. They excel at clearly communicating the meaning of Richard Wilbur’s rhymed-verse translation of the original French. A classic delight. B.P. © AudioFile 2010, Portland, Maine [Published: NOVEMBER 2010]