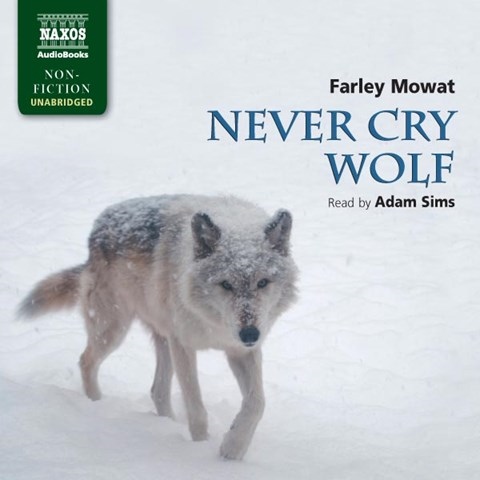 The Canadian wolves ignored Mowat when he first arrived in the Arctic to study them. Their indifference allowed him to observe every part of the predators’ lives: monogamous reproduction, a nuclear family, and a surprising diet. Sentimentalists’ complaints to the government that “the wolves were killing all the deer” caused Canada to send Mowat to investigate the claim. Narrator Adam Sims makes listeners feel welcome. His soft, youthful voice becomes plausible as the author’s; he recounts the expedition as if from memory yet makes the scientific discoveries unfold with the drama of a novel. He also creates a cast of wolf pack members and the shy Eskimos who became the conservationist’s close friends and teachers. This 1963 book became a classic that shifted the public’s perception of wolves. J.A.H. Winner of AudioFile Earphones Award © AudioFile 2010, Portland, Maine [Published: NOVEMBER 2010]