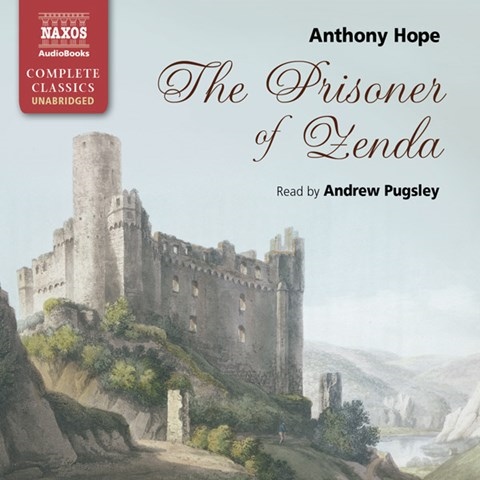 THE PRISONER OF ZENDA

The biggest problem Andrew Pugsley in his reading of THE PRISONER OF ZENDA is nothing he can control: His fine interpretation of Hope's novel must compete, for some of us, with the 1937 film version, one of the greatest of all adventure movies. This is the classic story of the man who attempts to rescue the king of Ruritania, who has been abducted. However, he’s undermined by his love for the king's fiancée. The story is full of swordplay (and a little gunplay), barely repressed passion, political maneuvering, and severely tested personal honor. And Pugsley meets the challenge with all the voices and with his portrayal of Rassendyll's evolution from wastrel to man of action and honor. D.M.H. © AudioFile 2010, Portland, Maine [Published: SEPTEMBER 2010]