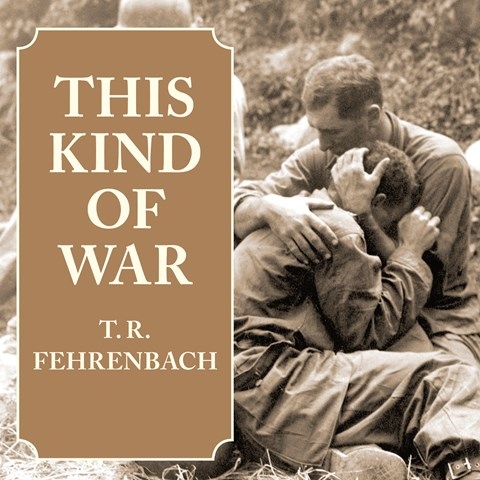 THIS KIND OF WAR The Classic Korean War History

Even though the author asserts that every struggle for every meaningless hill is not meticulously described herein, it seems that way as he describes the horrors of “The Forgotten War.” Interspersed are ruminations regarding the “police action’s” impact on international relations and military strategy, as well as the public response to a conflict that seemed to have no coherent goal, unlike the World Wars that came before it. Narrator Kevin Foley plods along with a listener-friendly cadence, something like that of a radio newscaster, avoiding high emotion or monosyllabic detachment—professional to the nth degree but adding little to a true and sad tale. Nevertheless, things are learned that are relevant today. D.R.W. © AudioFile 2011, Portland, Maine [Published: FEBRUARY 2011]