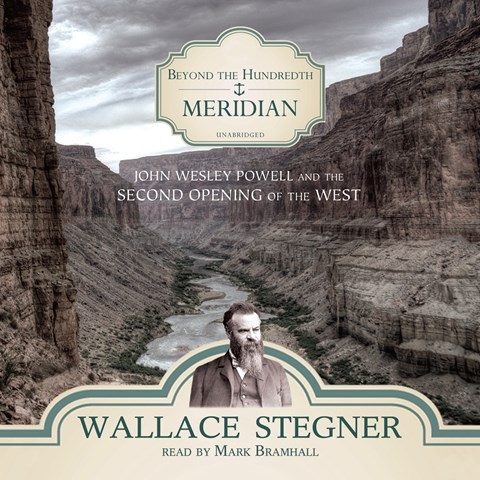 Wallace Stegner’s history of John Wesley Powell’s 1879 journey to explore America includes his famous two-month trip down the Colorado River. Beginning at the Great Plains—the hundredth meridian—Powell filled in huge blanks on the map of the U.S., making his notes as important as those of Lewis and Clark in his explorations of the West. Narrator Mark Bramhall, like the great river, starts a little slow but becomes more and more animated as the huge rapids and steep canyon walls begin to conquer the men and the boats. Bramhall’s sonorous and sandy voice varies in volume and speed to match the mood of the oarsmen as they face starvation and uncertainty about how much more danger lies ahead. J.A.H. © AudioFile 2011, Portland, Maine [Published: MARCH 2011]