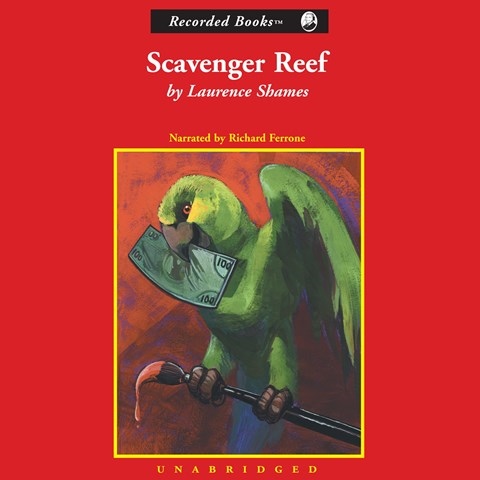 SCAVENGER REEF is unusual because it sets up the motives for murder before introducing a potential victim. In the wake of artist Augie Silver's presumed death (by shipwreck), the value of his paintings grows, giving his friends the opportunity to get rich from works he gave them as gifts--an opportunity lost when he turns up alive. The longish first section of the novel, which sets up the various suspects, seems tedious and monotonous, something that could have been abridged without loss. On the plus side, Richard Ferrone's narration capably juggles an unusually large cast of characters, although the size of the cast means that it takes awhile to distinguish who's who. J.A.S. © AudioFile 2000, Portland, Maine [Published: APR/MAY 00]