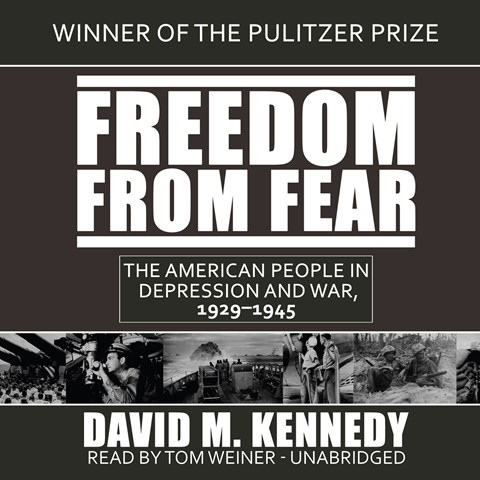 FREEDOM FROM FEAR The American People in Depression and War, 1929–1945

As Franklin Roosevelt said at his inauguration in 1932, “The only thing we have to fear is fear itself.” The Great Depression was destroying America, and voters elected Roosevelt to save the country. The initials of New Deal programs—the WPA, CCC, and NRA—became common vocabulary but did little to cure unemployment. The recovery of the U.S. economy came with WWII and the gearing up to fight a two-ocean war. Narrator Tom Weiner transforms the author’s Pulitzer Prize-winning prose into a 32-hour experience worth every minute of listening. Weiner’s brisk and sonorous delivery keeps the interest level high without missing a well-chosen word. Both he and the author speak the language of the war in its vast reaches. J.A.H. Winner of AudioFile Earphones Award © AudioFile 2010, Portland, Maine [Published: NOVEMBER 2010]