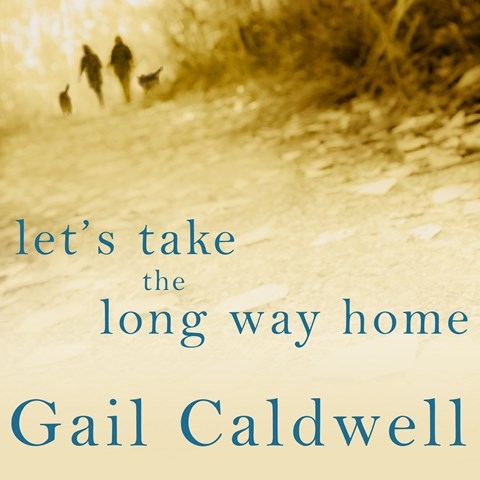 LET'S TAKE THE LONG WAY HOME A Memoir of Friendship

Gail Caldwell had a best friend named Caroline Knapp, who died from lung cancer at the age of 42. Caldwell and Knapp shared a love of dogs, writing, rowing, and swimming; fierce independence; and an alcoholic past. LET’S TAKE THE LONG WAY HOME is an exceptional testament to their inseparable friendship. It’s also a perfect combination of beautiful writing and an outstanding narration. Joyce Bean’s pitch and accent reflect Caldwell’s early move from Texas to New England. Bean’s matter-of-fact tone is faithful to Caldwell’s unflinching and deliberately unsentimental writing style. The naked emotional impact of Caroline’s death, and the later death of her beloved Samoyed, Clementine, will have the listener in tears without a hint of manipulation by the author or narrator. A.B. Winner of AudioFile Earphones Award © AudioFile 2010, Portland, Maine [Published: OCTOBER 2010]