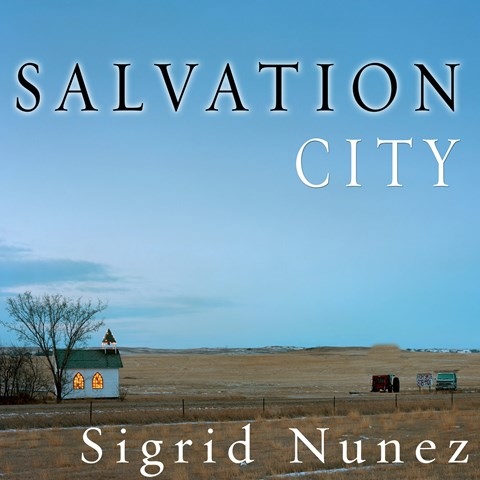 Author Sigrid Nunez takes listeners to a not-too-distant future when the world has been devastated by a pandemic. Cole, the son of two intellectuals who have perished in the deadly outbreak, is taken in by a Bible-thumping couple. Listeners hear Cole struggle with his personal loss and with his attempts to fit into the fundamentalist Christian community called Salvation City. The novel contrasts the values of educated sophisticates with the intellectually stifled members of Salvation City. Stephen Hoye has mastered Kentucky accents and gives a sense of the well-meaning but culturally limited people of Salvation City. Hoye makes the story believable, but some listeners may find it as dull as many of its characters. D.L.G. © AudioFile 2010, Portland, Maine [Published: DECEMBER 2010]