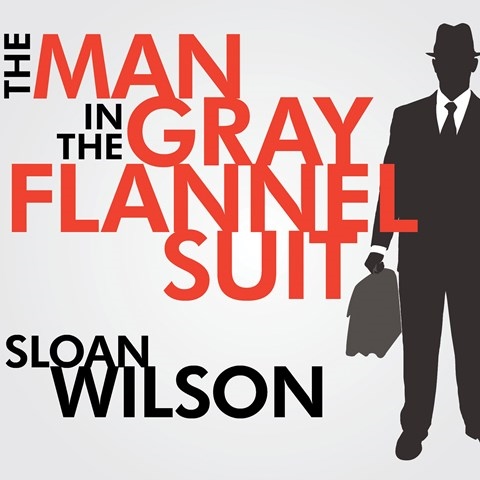 THE MAN IN THE GRAY FLANNEL SUIT

A promising new job brings troubling challenges for the rising public relations man in Sloan Wilson's 1950s classic. Patrick Lawlor delivers the novel, which reads like a morality play, with a blend of nostalgia, innocence, and satirical wit. His narration can be broad at times, but it’s effective. Lawlor's voices fit the characters well. The production opens with Jonathan Franzen's analysis, which would have been better left to the end to give listeners a chance to discover the work for themselves. The production ends with Wilson's comments, recorded in 1983, in which he makes a case for the book’s continued relevance. The story of one man's inner conflicts may be even more relevant in today's economic turbulence. J.A.S. © AudioFile 2010, Portland, Maine [Published: SEPTEMBER 2010]