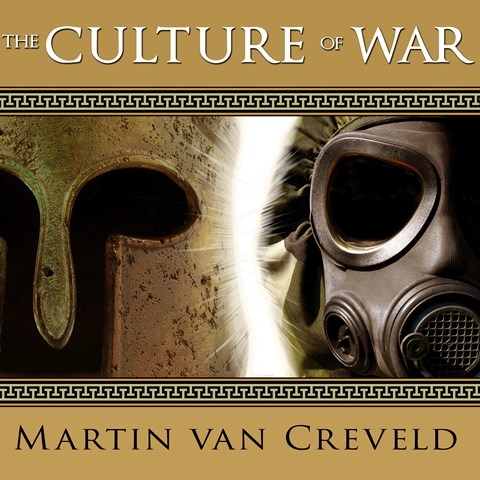 THE CULTURE OF WAR

In this personal and slightly eccentric audiobook, the prominent and prolific Israeli military historian asserts that the culture of war is, in its essentials, largely unchanged since the time of Homer (and before) and is likely to remain so. Van Creveld is more clear-eyed than most scholars about the attractions of war. Arthur Morey’s voice is deep and clear—if notably sibilant. Morey engages energetically with van Creveld’s catalogue of military history and practice. His pronunciations in French and German are careful. Van Creveld’s sweeping story dips into many languages. Morey does a solid—if sometimes uneven—job of pronunciation. F.C. © AudioFile 2011, Portland, Maine [Published: MAY 2011]