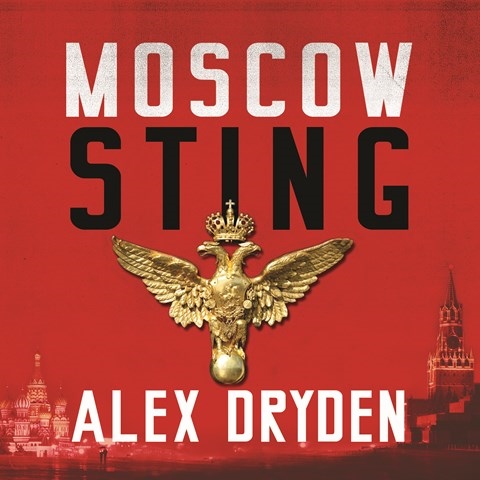 ﻿Listening to Simon Vance read MOSCOW STING is a joy. The thriller, a sequel to RED TO BLACK, focuses on the search for Anna Resnikov, a former KGB officer who defected and married an MI6 agent named Finn, whom she was assigned to seduce but fell in love with. Now the Russians have killed Finn, and Anna is in hiding to protect herself and her son, but the British government wants her to ferret out Finn’s source of information on Putin’s plan to control Europe’s access to oil and natural gas. Because the novel is told from the viewpoints of various characters, Vance has a lot of opportunity to display his versatility, especially in his portrayals of the well-defined central characters. All the better, MOSCOW STING is a gripping story, filled with political and human insights and highlighted by a surprising ending. D.J.S. © AudioFile 2010, Portland, Maine [Published: DECEMBER 2010]