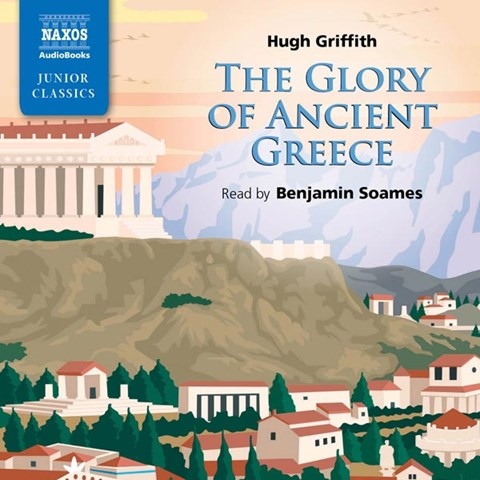 THE GLORY OF ANCIENT GREECE

Starting with familiar tales of Prometheus and Odysseus and ending with Alexander the Great, Hugh Griffith gives listeners a quick tour of Ancient Greece. British narrator Benjamin Soames takes the history seriously while making the examples and comparisons in Griffith's writing fun. Those examples—such as describing a Spartan camp as "a kind of Scout troop"—show that this history is aimed at a young audience, but it's done well enough for a family road trip as well. As an introduction to Greek history, it's a good one, covering a lot of ground quickly and even taking a moment to consider the historical basis of the myths. What’s more, there's a reference map in the accompanying booklet. J.A.S. © AudioFile 2011, Portland, Maine [Published: MARCH 2011]