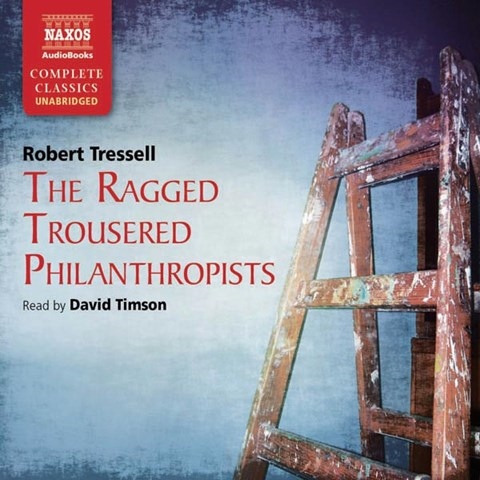 This 1914 political novel “of 12 months in hell, told by one of the damned” caustically depicts the plight of English workers, whom the author views as unwittingly complicit in their own exploitation. It’s more heartfelt polemic than literature. Blind to their situation, these inadvertent “philanthropists” argue endlessly about it with confrere Frank Own, a clear-eyed socialist. Narrator David Timson excels at the regional and working-class accents the book calls for. Perhaps of greater importance, he delivers the dialogue and frequently sardonic narrative with the fervor and outrage of a concerned eyewitness. Though this is a historically important novel, it’s not a great one, but here it’s considerably enhanced by a fine oral performance. Y.R. © AudioFile 2011, Portland, Maine [Published: APRIL 2011]