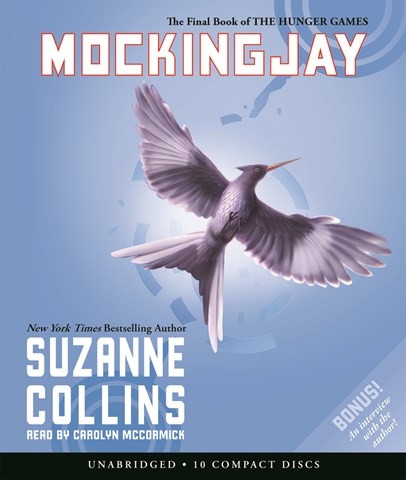 Scarlett O'Hara. Jo March. Jane Eyre. These classic fictional heroines embody female strength and courage. Now add Katniss Everdeen to that list. The teenage survivor of the annually televised "Hunger Games" and the even harsher survivors' reunion, the Quarter Quell, has become the poster child for a rebellion exploding across Panem, her dystopian world. Katniss finds herself caught up in the revolution, unsure whom she can trust. Narrator Carolyn McCormick is back for this third installment, and her cool, clear voice is perfect for the hard-edged Katniss. McCormick has a wholly grown-up voice, but then Katniss is forced to act the grown-up, more deadly and capable than most adults. The narrator's voice here is sometimes plaintive, sometimes matter-of-fact, but always compelling, and often thrilling. M.M.C. Winner of AudioFile Earphones Award © AudioFile 2010, Portland, Maine [Published: SEPTEMBER 2010]