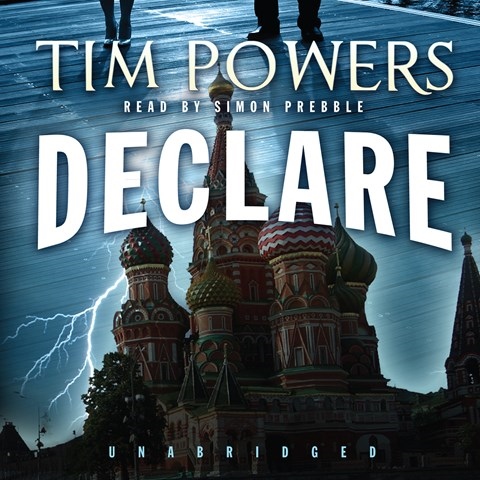 This fine spy novel covering WWII and beyond has great action, great characters (including well-known real-life personages such as British turncoat Kim Philby), and a captivating dash of science fiction/fantasy. What lies on Mount Ararat, where Noah’s Ark went to ground as the flood receded? Whatever it is has been fatal to visitors. Simon Prebble provides various British accents and uses his vast skill to enliven fascinating characters from many locales, particularly the Middle East. In particular, he knows how to inject tension and urgency into the plot. D.R.W. © AudioFile 2011, Portland, Maine [Published: APRIL 2011]