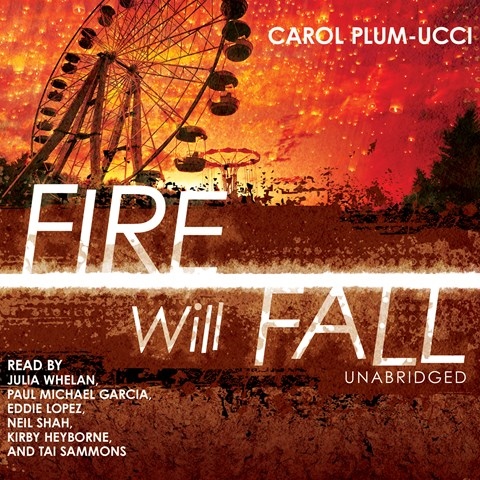 Seven months after 9/11 and two months after the Trinity Falls water supply was poisoned in a bioterrorism attack, four motherless teen victims, isolated under the government’s protection, are fighting for their lives. Doctors and scientists rush to find a cure as two teen hackers try to locate Shadowstrike, the group responsible, before they can strike again. Sounds like an exciting thriller, doesn’t it? But, at almost 15 hours, “tedious” is the word that best describes this listening experience. The characters cover the same days and events from their own perspectives, making the story monotonous and repetitious. The best efforts of an outstanding cast do not breathe life into the story or arouse empathy in the listener. N.E.M. © AudioFile 2011, Portland, Maine [Published: FEBRUARY 2011]