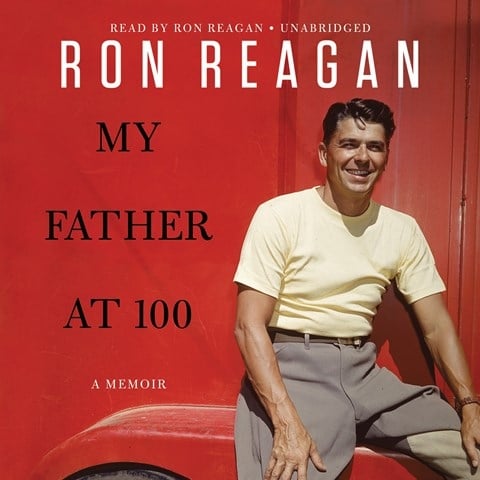 There’s no better biography about Ronald Reagan than this one. Not only does the president’s son reveal splendid insights, including the origin of the nickname “Dutch,” but his narration is sublime. When the son quotes his father, he catches the timbre and cadence of President Reagan. We accompany Ron as he travels in his father's footsteps, particularly to small-town Illinois, where the elder Reagan's Irish-immigrant parents settled. Through the author’s skillful narration, we hear the alcoholic father, the strong mother, the envious brother, and many others who were part of Reagan’s path to the presidency. Ron was there for many important events in his father’s life, which he shares with self-deprecating charm—much like his dad! Those who admire President Reagan will appreciate these intimate details of his life. S.G.B. Winner of AudioFile Earphones Award © AudioFile 2011, Portland, Maine [Published: FEBRUARY 2011]