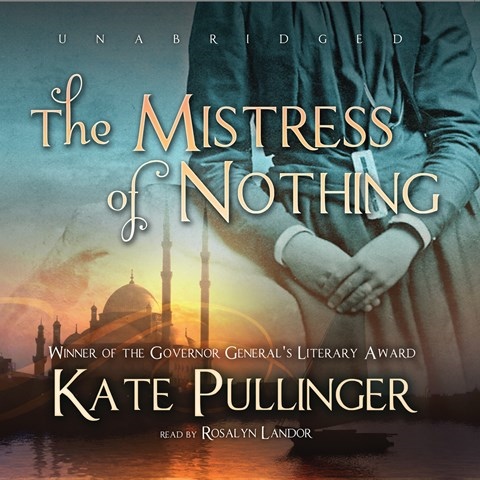 THE MISTRESS OF NOTHING

Pullinger’s novel focuses on the lives of European women living in nineteenth-century Egypt. Rosalyn Landor narrates this first-person fictionalized account of Sally, lady’s maid to the infamous Lady Duff-Gordon, who has traveled to the Middle East for her health. Sally accompanies her mistress and, while there, falls in love with her lady’s interpreter, Omar, causing a scandal. Landor’s narration is solid, with good inflection, and she gives Sally an authentic voice while making other characters, both male and female, sound realistic. Although she could have added more interest during the travelogue passages early on, Landor is a good fit for the novel and for Sally’s character in particular. J.L.K. © AudioFile 2011, Portland, Maine [Published: MARCH 2011]