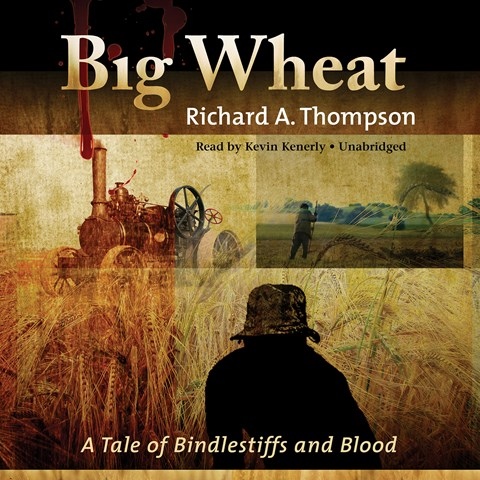 by Richard A. Thompson | Read by Kevin Kenerly

Thompson has a real feel for the landscape and weather of the prairie, as well as the post-WWI timeframe of this mystery. Kevin Kenerly’s easy-listening narration style fits the story’s leisurely pace. After Charlie Krueger’s girlfriend, Mabel, breaks up with him, he sets off from his North Dakota home, following the wheat harvest, but not before seeing something strange taking place in a field on a dark night. Shortly after, Mabel’s body is discovered in that field, and the law is after Charlie. The real killer, a serial murderer who calls himself Windmill Man, is also after him, determined to silence his only witness. Kenerly excels at defining the characters. George Ravenwing, a Lakota; Jim Avery, the leader of the threshing operation; Charlie’s new love, Emily, a feisty Brit; and Charlie himself all have distinct verbal mannerisms, which include varied accents, inflections, and speaking pace. C.A. Winner of AudioFile Earphones Award © AudioFile 2011, Portland, Maine [Published: MARCH 2011]