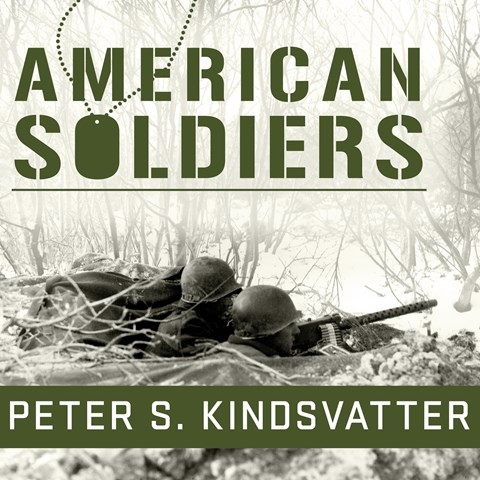 From boot training to combat, from chow to dysentery, author Peter Kindsvatter characterizes military life in the U.S. campaigns in WWI and II, Korea, and Vietnam. Into this mixture of vignettes go the thoughts and opinions of hundreds of combatants and correspondents. Narrator Joshua Swanson, when faced with an inexhaustible supply of brief quotes, pauses slightly before each to set them apart. But his addition of numerous hesitations between words makes his timing irritating for the listener. With little change in volume or emotion, Swanson also fails to add energy to the long disquisition. An excellent section at the end about the integration of blacks into the military in 1949 exposes the little-publicized racial conflicts and inequities that persisted long after the policy revision. J.A.H. © AudioFile 2011, Portland, Maine [Published: MARCH 2011]