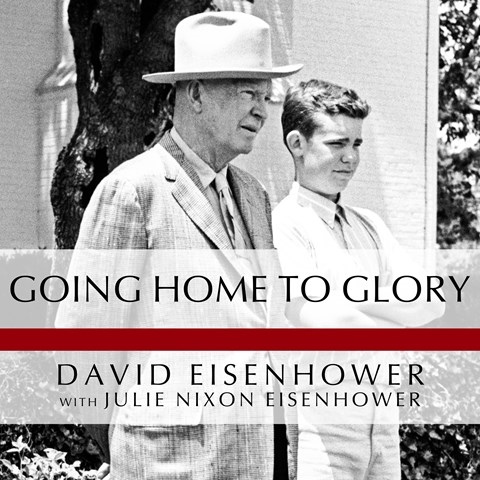 David Eisenhower recalls his “Granddad's” last years of life, as he adjusts to retirement from the presidency during the ‘60s. Narrator Arthur Morey has a low-key style, yet he brings alive the wry joy in David Eisenhower's anecdotes about President Dwight D. Eisenhower. There's talk about politics, such as the elder Eisenhower's opposition to Barry Goldwater. However, the most interesting passages reveal Ike as a person, the man who had to learn to drive again as a private citizen and was concerned about David's relationship with Julie Nixon, whom he eventually married. This biography is worth hearing not because of insights into Eisenhower’s presidency but for those human moments that show his restless adjustment to private life. J.A.S. © AudioFile 2010, Portland, Maine [Published: DECEMBER 2010]