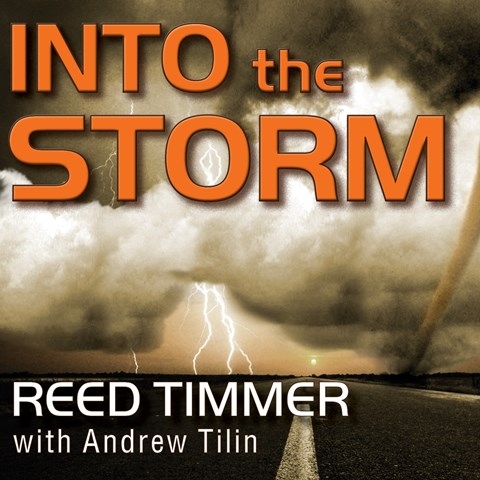 INTO THE STORM Violent Tornadoes, Killer Hurricanes, and Death-Defying Adventures in Extreme Weather

Reed Timmer grew up a science buff obsessed with weather and evolved into a meteorologist with a Ph.D. and a zest to learn more about violent storms. Along the way he turned into a media darling of sorts from the time he was studying weather at the University of Oklahoma. Joshua Swanson narrates in the same energetic way that Timmer goes after storms—aggressively. He’s as excited as Timmer is hunting down a tornado. Characters who go along with various rides with Timmer are done well, including college pals, a scared German, a British professor, and South American associates. But it’s Swanson’s frenetic tone that puts the listener near the eyes of the storms. A glossary of weather terms is included. M.B. © AudioFile 2011, Portland, Maine [Published: JUNE 2011]