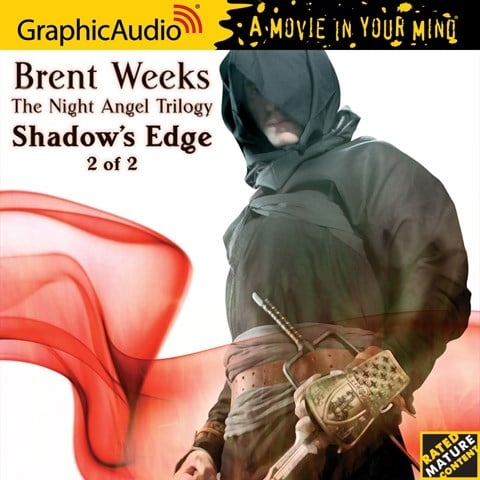 by Brent Weeks | Read by a Full Cast

Kylar Stern moves with Elene and Uly to Caernarva—away from the killing and the vicious Godking—to start a new life as an herbalist. Dylan Lynch flawlessly takes the lead of this full-cast performance, narrating the story and describing scenery with aplomb. Part 2 picks up where Part 1 left off in the battle for the throne of Cenaria. The full cast keeps listeners entertained with multiple plots and graphic action. They skillfully use mixed accents as they portray a wide variety of characters. Battle scenes are not for the faint of heart, but the stalwart readers describe the bloody scenes—produced complete with sound effects—without flinching. It’s impossible to stop listening. M.B.K. © AudioFile 2011, Portland, Maine [Published: MARCH 2011]