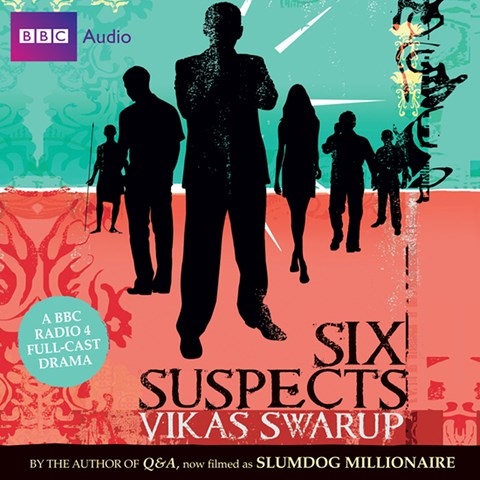 The East Indian author Vikas Swarup’s novel Q AND A was the basis for the Academy Award-winning SLUMDOG MILLIONAIRE. This radio play from the BBC dramatizes another of his works in 10 fifteen-minute episodes. Ayeesha Menon cleverly adapted the original crime novel as a series of newspaper columns read aloud while being composed by a crusading Delhi journalist. The hedonist son of a corrupt politician is acquitted of shooting a waitress. At a celebratory party, he himself is slain. Which of the six colorful suspects did it? Produced in India, the sleek, lean, well-paced audio emphasizes suspense, humor, and clashing caste issues. The case ends satisfyingly, with poetic justice meted out to all, even the hapless tribesman unjustly executed for the crime. Thoroughly enjoyable. Y.R. Winner of AudioFile Earphones Award © AudioFile 2011, Portland, Maine [Published: JANUARY 2011]