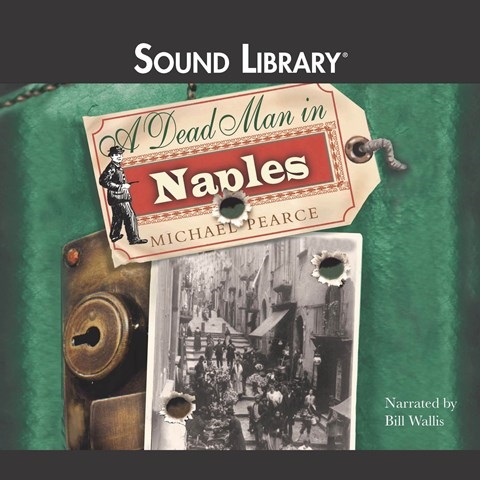 A DEAD MAN IN NAPLES A Sandor Seymour Mystery

Fans of Michael Pearce’s popular Dead Man series know that narrator Bill Wallis is the equivalent of a full-cast recording. Moroccan and Libyan women, English men, Italian teenagers? No problem. Loads of dialogue? Easy. Pacing long bits of narrative? Wallis is a master—with the added gift of a beautiful voice. Listeners can simply sit back and relish the madcap plot. It’s 1913 Naples. A British consular official with close ties to the poet-revolutionary D’Annunzio has been stabbed. Enter Special Branch Agent Sandor Seymour, who ultimately solves the case but not before taking us on a tour of the intrigues of prewar Italy and the fascinations of Naples. R.E.K. Winner of AudioFile Earphones Award © AudioFile 2011, Portland, Maine [Published: MARCH 2011]