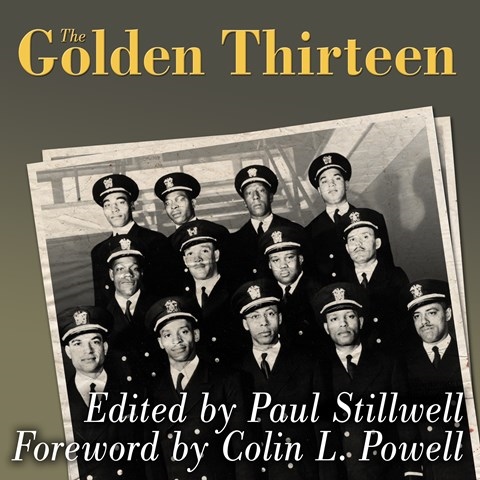 The term “Golden Thirteen” was applied to the Navy’s first training class of black officers in 1944. The men didn’t see themselves as groundbreakers, but they knew that to fail would set back opportunities for blacks in the future. Because this book was developed from a collection of extended interviews, it translates well to audio. The chapters have a clear, conversational tone. Alan Jones doesn’t try to give each man a distinctive voice, an approach that gives the chapters an aural sense of unity. He does add a vocal emphasis to passages in which the men are speaking with emotion. The editor has included details about each man’s background and life after the Navy, information that gives their WWII military experience some context. R.C.G. © AudioFile 2011, Portland, Maine [Published: FEBRUARY 2011]