Home»Reviews»LEARNING TO DIE IN MIAMI 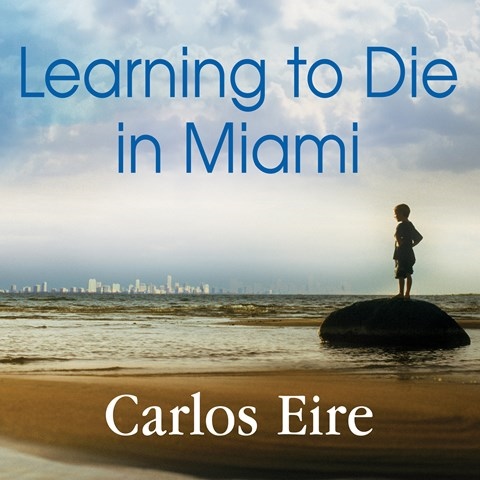 LEARNING TO DIE IN MIAMI Confessions of a Refugee Boy

Gifted narrator Robert Fass exploits all the ironic humor and sadness of two young Cuban brothers who are adjusting to their new country, new language, and new school—without their parents. In an airlift few remember, Carlos and Tony arrived in Miami as refugees from the increasingly oppressive Castro government of the early 1960s. The younger brother records his painful memories of racial bullying, mayonnaise sandwiches, and huge rats. As they become bilingual, the boys’ raw thoughts in their native language act as hilarious dramatic asides. Fass’s sandy, taciturn voice makes addictive a story that everyone who was once a child will appreciate. He has total control of the three languages spoken: English (mostly), Mexican Spanish, and Cuban Spanish. He even sings “O Tannenbaum” in Austrian German. J.A.H. © AudioFile 2010, Portland, Maine [Published: DECEMBER 2010]