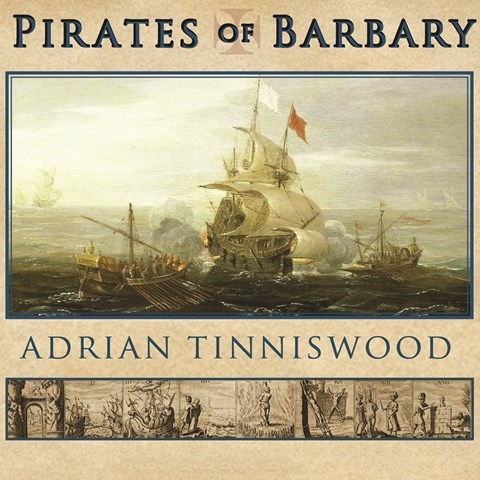 PIRATES OF BARBARY Corsairs, Conquests and Captivity in the Seventeenth-Century Mediterranean

Tinniswood touches on pirating in the Horn of Africa today, but mostly he sticks to an account of the Barbary pirates of the Mediterranean in the seventeenth century. He offers personal tales of high adventure, quoted from slaves and sailors, captains and officials, gleaned from publications of the day. He also provides historical facts about international relations and the era's nation states. Clive Chafer’s British voice has a conversational tone and pace. Sometimes he mimics foreign voices and high-toned British officials but not often because the book doesn’t lend itself to dramatization. While Chafer provides a good narration, it’s primarily the subject matter that holds the listener’s attention. D.R.W. © AudioFile 2011, Portland, Maine [Published: MARCH 2011]