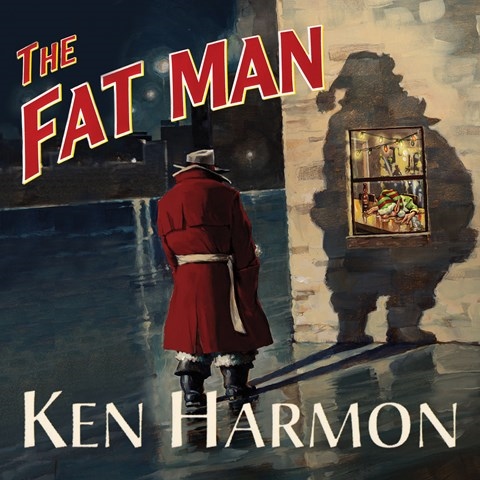 THE FAT MAN A Tale of North Pole Noir

This noir murder mystery stars Gumdrop Coal, who investigates a murder plot against Santa Claus. In a droll tone, Johnny Heller narrates as though Coal were a hard-boiled gumshoe of the 1930s. Pretty near every Christmas jingle, cartoon, song, and “Night Before Christmas” character makes a guest appearance in the story. Harmon’s over-the-top use of Christmas symbolism and imagery contrasts effectively with Heller's intentionally flat portrayal of the jaded Coal. All that’s missing from this production is holiday Muzak. Dry humor, dry wit, and a silly plot prevail, and entertain. M.B.K. © AudioFile 2010, Portland, Maine [Published: NOVEMBER 2010]