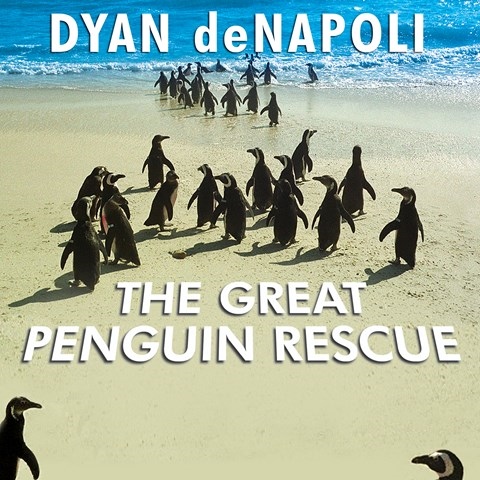 THE GREAT PENGUIN RESCUE 40,000 Penguins, a Devastating Oil Spill, and the Inspiring Story of the World's Largest Animal Rescue

When a Greek oil tanker sank off the coast of South Africa in June 2000, a massive effort was put into place to save the population of African penguins. There's urgency in Coleen Marlo's voice as she reads Boston penguin expert Dyan DeNapoli's account of the rescue effort. Marlo brings alive the frustration of cleaning thousands of oil-soaked birds. At the same time, Marlo describes the penguin personalities with delight in her voice as the author discusses the similarities between penguins and cats and the penguins’ reactions to human care. Listeners will admire the efforts of volunteers, as well as wildlife experts, and appreciate the penguins as unique, idiosyncratic animals. J.A.S. © AudioFile 2011, Portland, Maine [Published: FEBRUARY 2011]