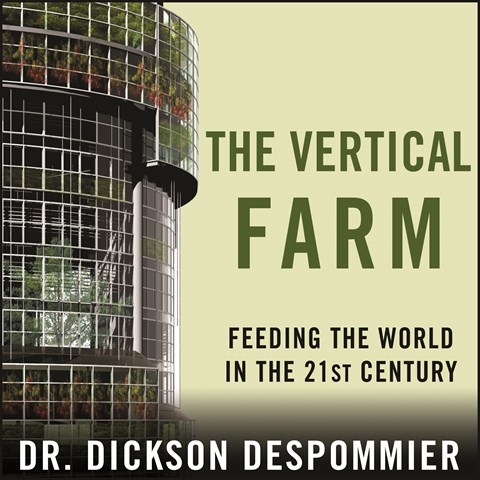 Citing the pollution problems that traditional agriculture creates in the environment, the author proposes bringing crop and animal farms into the cities, stacking them into tall buildings like Lego blocks. Armed with dozens of reasons for concentrating food production in urban areas, Professor Despommier stays loose on the fine details of his proposal. Narrator Sean Runnette inflects his soft voice in response to the meandering message. While some nonfiction readers just plug on no matter what, he demonstrates a skillful sensitivity to the information, much of it sobering. Runnette neither hurries nor drags and enunciates every word, some of which would challenge a speaker less capable with technical terms. The writer avoids the trivialities of cost and admits that no one has ever built a vertical farm. J.A.H. © AudioFile 2010, Portland, Maine [Published: NOVEMBER 2010]