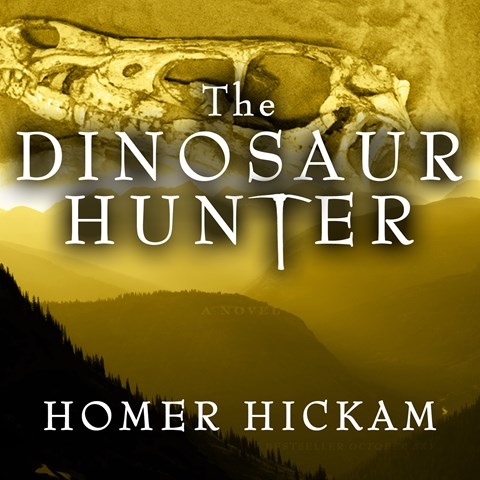 When fossils are discovered on a Montana ranch, a dinosaur hunter and his crew arrive to excavate. Amazing discoveries are made, followed by murder, deception, and the involvement of a Russian mob. The story is told in the first person by Mike Wire, a former California investigator, now a cowhand on the ranch. Unfortunately, the grizzled cowboy voice used by narrator Michael Kramer is more distracting than effective. The listener is constantly drawn out of the story by the forced, unnatural style as cowboy Mike relays details of Montana history, dinosaur science, and complex environmental issues. Imagine John Wayne as a college professor—way too tedious. While Kramer sometimes gets his secondary characters’ voices confused, he’s gifted with the Russian accents and strong female voices. M.M.G. © AudioFile 2011, Portland, Maine [Published: APRIL 2011]