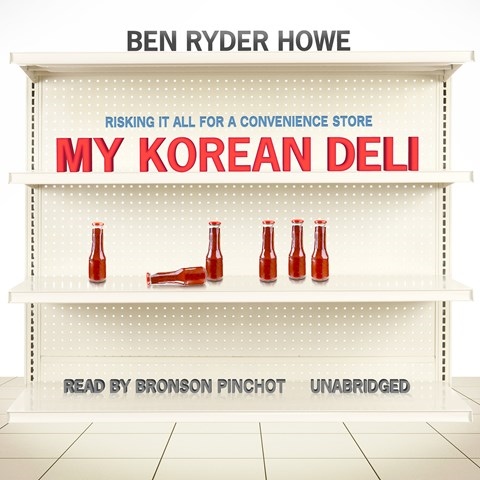 MY KOREAN DELI Risking It All for a Convenience Store

Although he says it wasn't intended that way, the decision of Ben Ryder Howe and his wife to buy a Brooklyn deli was the perfect fodder for a funny memoir. Bronson Pinchot takes on the persona of the stuffy literary magazine editor for the first-person account. Between Howe's wry phrasings and Pinchot's slightly exaggerated reading, even a ramble on the profit margins of Doritos is amusing. Howe's anxiety after ordering gourmet groceries for the store behind his wife's back is downright hilarious. At the same time, a blackout, the death of a former employee, and his mother-in-law's health problems take the story in tender and sadder directions. There's even a dead-on impression of Howe's boss, the late George Plimpton. J.A.S. 2012 Audies Finalist © AudioFile 2011, Portland, Maine [Published: APRIL 2011]