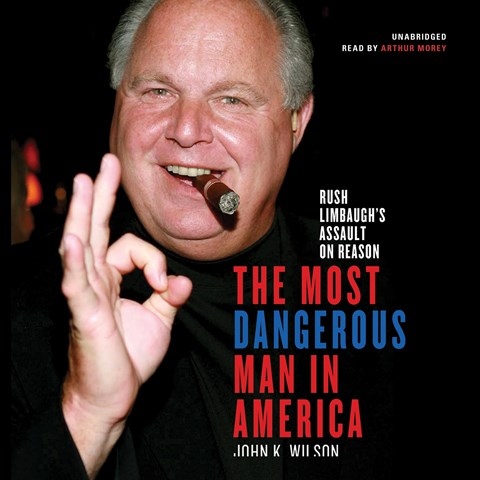 With almost 20 million listeners on more than 600 radio stations, Rush Limbaugh is the “most dangerous” figure in the conservative movement today, according to Wilson. Narrator Arthur Morey uses a slow monotone in this definitive takedown of Limbaugh. It covers every detail of Limbaugh's doctor shopping for pain medicine and uses his own words to show a flagrant disregard for the truth and a penchant for personal attacks laced with racist, sexist, and homophobic slurs. Most revealingly, the author demonstrates how Limbaugh’s baseless proclamations and love of personal attacks have had a chilling effect on both political parties. No matter what you thought about Limbaugh before, you will never feel the same way about him again. B.C.E. © AudioFile 2011, Portland, Maine [Published: JUNE 2011]