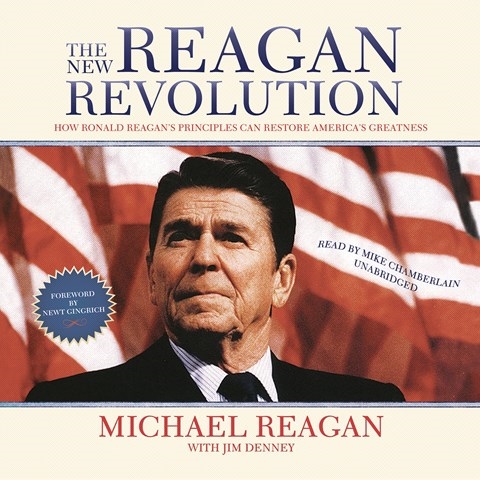 Michael Reagan, a syndicated radio political talk show host and the adopted son of President Reagan and film actress Jane Wyman, offers personal insights into growing up Reagan. While encouraging political coalition and compromise, his book is mostly a treatise on modern conservative thinking that deifies the former U.S. president. While there’s merit in the exploration of Reagan’s political philosophy, the content is often repetitive and preachy. Furthermore, the author’s analysis too often is limited to stating that specific recent world and national events would have turned out better if Reagan’s conservatism had been applied. Mike Chamberlain narrates what is basically a list of political to-dos by rote. Vocal characterization might have enlivened the material. Several foreign phrases and names are mangled. President Reagan was a fascinating and skilled man, but this effort is confused and lackluster. W.A.G. © AudioFile 2011, Portland, Maine [Published: MAY 2011]