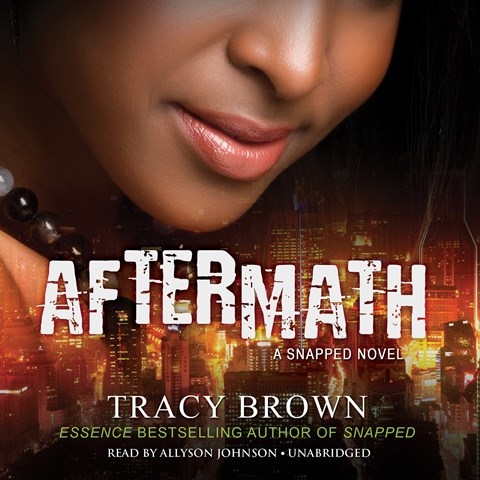 The sequel to SNAPPED, about four African-American women in New York City, brings back the familiar characters the listener has come to care about. After Misa kills the man who molested her son, she realizes she's been an absent mother. Her suicidal thoughts are painful to listen to, but thankfully, her friends see her through her terrible ordeal. Narrator Allyson Johnson portrays the four women, and to a lesser degree the male characters with distinction. Relationships are further enriched by her nuanced delivery. Also notable are the production’s sound effects, which add to the intimacy of the listening experience. Brown leaves loose ends that cry out for yet another book on the lives of these feisty friends. S.G.B. © AudioFile 2011, Portland, Maine [Published: MAY 2011]