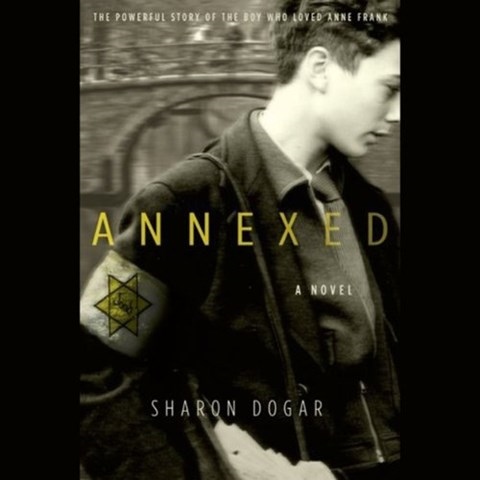 Oliver Wyman portrays a resentful 15-year-old Peter van Pels, who lives in Amsterdam in 1942. This novel is another of those based on Anne Frank’s diary. En route to meeting the Frank family in their secret annex, Peter is determined to see his girlfriend one last time. Instead he views his girlfriend’s family being taken away by the Nazis. When his family joins the Franks in the annex, he lurks in the shadows, feeling powerless and frightened. Wyman’s voice measures the way Peter has been robbed of his sense of self. The rest of the full cast plays the other annex residents, their tones and voices contrasting vividly with Peter’s sense of darkness—especially Anne Frank’s. Peter’s longing and her optimism give credibility to the two teens, who are united by uncertainty and growing feelings of mutual attraction and frustrated by a lack of privacy. Later, the cast’s haunting voices give a fuller depiction of Peter’s guilt, remorse, and despair at Mauthausen concentration camp. S.W. Winner of AudioFile Earphones Award © AudioFile 2010, Portland, Maine [Published: OCTOBER 2010]