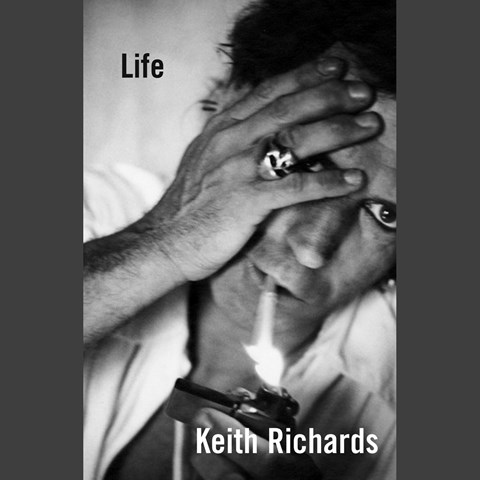 One of the most highly anticipated autobiographies in years, Keith Richards’s memoir, predictably, pulls no punches as the Rolling Stones’ lead guitarist ruminates about his London working-class background and how he and his cronies’ love of the blues propelled them to heretofore unseen heights of fame and success. Describing Richards’s legendary drug consumption as well as his relationships with luminaries like John Lennon, Johnny Depp as narrator (hand-picked by Richards) is perfect, especially considering the actor previously portrayed gonzo journalist Dr. Hunter S. Thompson, whose drug indulgences and counterculture cachet equaled Richards’s. Musician Joe Hurley, who shares in the reading, seems to be equally adept at channeling Richards. Richards’s trademark Cockney rasp is laced with the wry bemusement of someone who’s lived a charmed life. Dickensian street urchin meets A CLOCKWORK ORANGE—it’s a great combo to tell the story of rock’s ultimate outlaw. J.S.H. 2011 Audies Winner © AudioFile 2010, Portland, Maine [Published: NOVEMBER 2010]