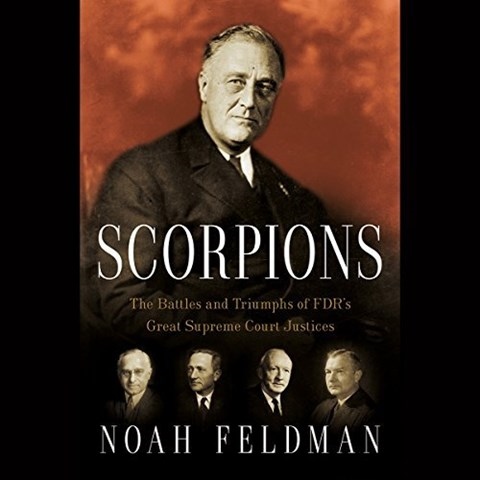 FDR’s most influential legacies were his nominations to the Supreme Court. He chose some of the best legal minds of the time—all contributed lasting interpretations of the Constitution. Although the Court’s judges should have been politically neutral, Feldman substantiates how much their biases affected their decisions. He tells history via biography and demonstrates his masterful expertise in doing so by juxtaposing the men with their everlasting opinions. His rich vocabulary elevates his writing to the highest level and shows off a prodigious skill with jurisprudence. He enhances his superb prose with a narration that seems smooth and effortless. While we find some weighty thinking to absorb, the important process by which nine justices interpret our statutes should interest every citizen. J.A.H. © AudioFile 2010, Portland, Maine [Published: DECEMBER 2010]