Home»Reviews»THE RED AND THE BLACK 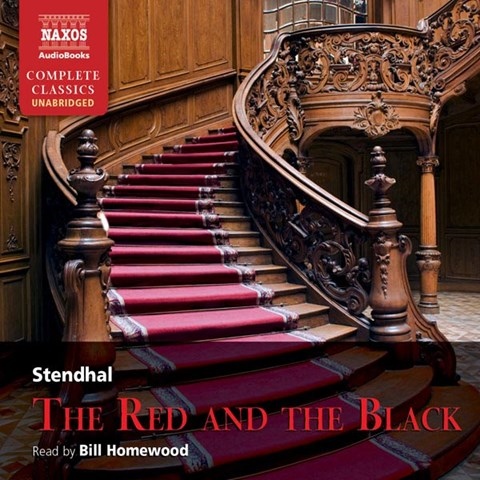 THE RED AND THE BLACK

by Stendhal | Read by Bill Homewood

Stendhal’s wonderful chronicle of the nineteenth century tells the story of his hypocritical protagonist, Julien Sorel. A poor youth and brilliant scholar, Julien begins a career in the church despite his liberal views and his disgust for his superiors. His pious front gives him access to aristocratic households as a tutor, but his ambition for social prestige leads him to scandal and ruin. British actor Bill Homewood has a deep, sonorous voice and narrates with almost musical refinement. He is chameleon-like in his versatility with vocal characterizations, easily switching from the youthful Julien’s timid, earnest voice to the condescending tone of Monsieur de Renal. Homewood is masterful in his narration, capturing all the nuances in the tone and language of Stendhal’s writing. D.M.W. © AudioFile 2011, Portland, Maine [Published: SEPTEMBER 2011]