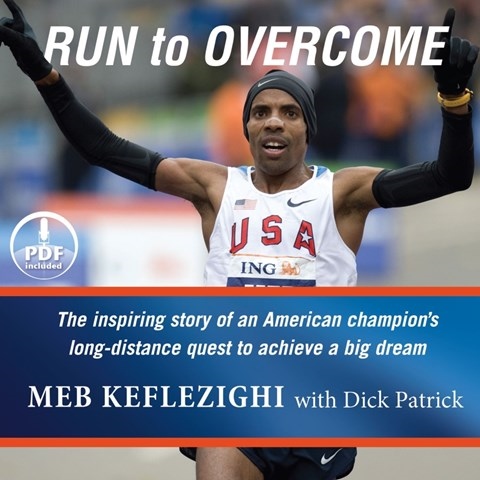 Olympic Silver Medalist and three-time cross-country national champion Meb Keflezighi has written an autobiography aimed at runners. However, the core beliefs he shares—reliance on family, the Christian faith, and the American dream—apply to everyone. Narrator Jon Gauger’s cadence matches the emotional content of Keflezighi’s story, which begins with his escape from war-torn Africa, where food was scarce and owning a skinny cow was a luxury. Gauger’s narration captures Keflezighi’s drive to succeed upon his arrival in America, penniless and unable to speak English. Likewise, Gauger portrays the runner’s joy when his athletic prowess earns him a full scholarship to UCLA. Chapters end with specific tips for runners and general tips applicable to everyone. Besides great training advice, Keflezighi shares the real meaning and cost of victory. G.D.W. © AudioFile 2011, Portland, Maine [Published: JUNE 2011]